So much of January has already passed, which is a little scary but as I’m starting to tire of the cold weather and the snowstorms that don’t give me a snow day knowing spring is not too far around the corner is nice.

Now we have hit about the 3rd-week mark of the year it is starting to become the time when people start to give up on their resolutions or goals for the year. I’m already seeing a decrease in people in fitness classes at the gym. With that in mind, I wanted to share some of my favorite quotes and why I like them. Most of these are I found on Pinterest and just resonate with me. They make me want to work hard and keep going and some poke fun in just the right way that they allow me to laugh at my life but keep a positive outlook.

The featured image from this post is actually a photo I took. During my last reading day of undergrad, my roommate wrote this on the window of our study room and it really resonated with me. It got cut off but it reads, “I think you’re all here because you have a little ‘I want to save the world in you.’ And I want you to know its okay if you only save one person and its okay if that person is you.” I believe some version of this came from a graduation speech but I think it is important to remember as much as we try the world can be hard and as long as we are powering through it we are doing okay! 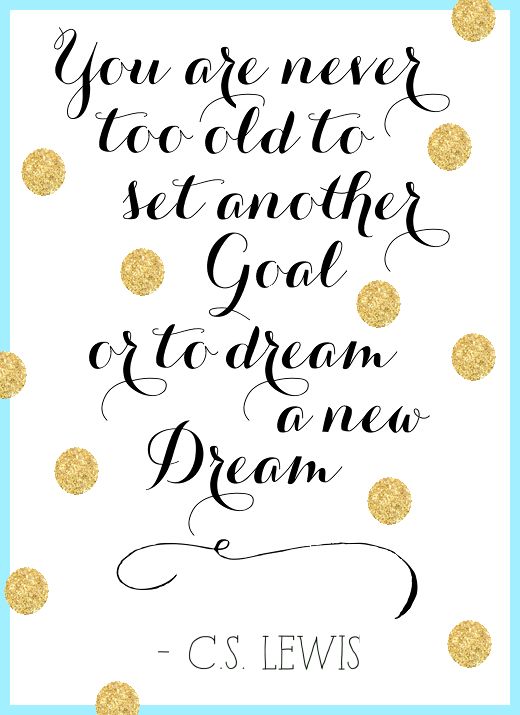 I love this because it really captures the idea of never giving up for me. It never to late to try something new. If your initial new year’s resolutions have already fallen through there is no harm in trying again or adjusting them for where you are in life. As long as you are dreaming and trying you are already on the right track which absolutely beats the alternative of giving up completely! 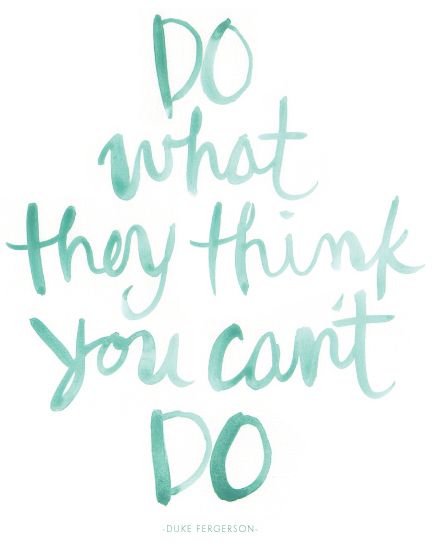 I love this one. Many times in my life I have come across people who thought I could not do something or that I was not smart enough. You can see it on their face that they just realized they were wrong and that you are better than they thought. I don’t mind people underestimating me because in that moment when I prove them wrong it feels freaking fantastic! 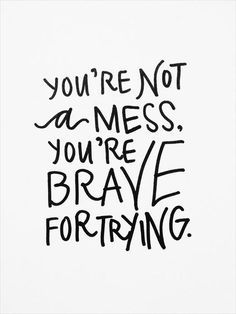 I love this quote and love how broad a range of things it can cover I remember not to long ago my friend went through a break-up and I used some variation of this to say that she was a failure for the relationship failing but that she was brave for trusting someone with her heart. Anytime we try something new where we are not guaranteed to succeed we are allowing ourselves to be vulnerable and that alone makes us incredibly brave! 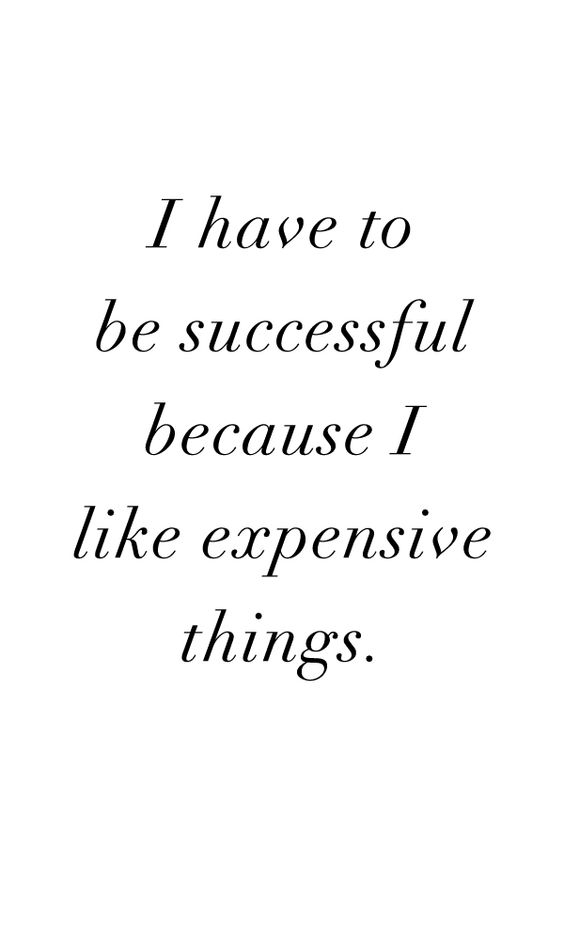 This one is a little silly but a little true. I see things and think ‘Wow, I love it! I want it!’ then I see the price tag and think ‘ maybe one day.’  I have no problem saving up for nice things that are worth it but when I think about everything I one day hope to do and have I know I need to work hard to make and save money to get these things. Right now I’m thinking about a tropical vacation and my dream kitchen fruit drinks and the stand mixer aren’t cheap but they will so be worth it! 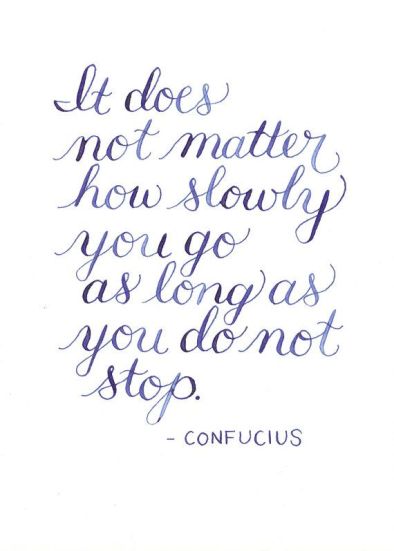 What I love about this one is that it puts a focus on progress. Accomplishing goals is great but it is so important to recognize the accomplishment that exists in making a goal and taking the first step! Just think about the tortoise and the hare story, the tortoise was slow but he was also the winner so there is absolutely nothing wrong with going at your own pace! 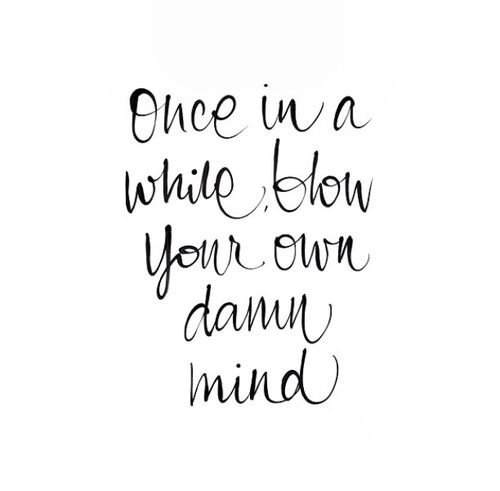 I love this! We are all surrounded by so much in stimulation that it can be easy to lose ourselves and the greatness that we are. It is important to remember that as individuals we are capable of and doing amazing and impressive things. And it is more than okay to impress ourselves whether it over some great work we did, a workout win, or just finding the motivation to spend a whole weekend up and doing things rather than chilling in our PJs. What is especially great is that once we “blow our own minds” we can use this as inspiration to keep doing it! 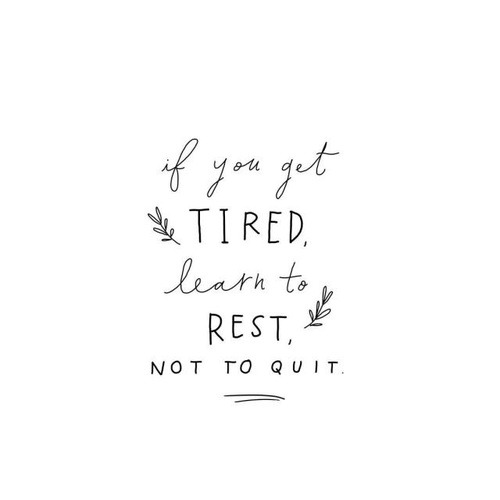 I think this is so important. I am famous not following this one especially when I’m running. I will be so great for a few days and then I get tired and stop completely for months at a time. But If instead, I take a day or two to rest and then go again I know I could keep it up for a longer time (maybe even forever, who knows).  I will admit running is not one of my favorites mostly because I’m really bad at motivating myself to keep going. Which is one of the reasons I love group fitness classes because the instructors are there to encourage and tell me what to do. I am a great listener! But I do enjoy the way I feel after and want to be love running so once the weather gets better and it is still light out when I get home again I think I will give it another go, with this mindset. 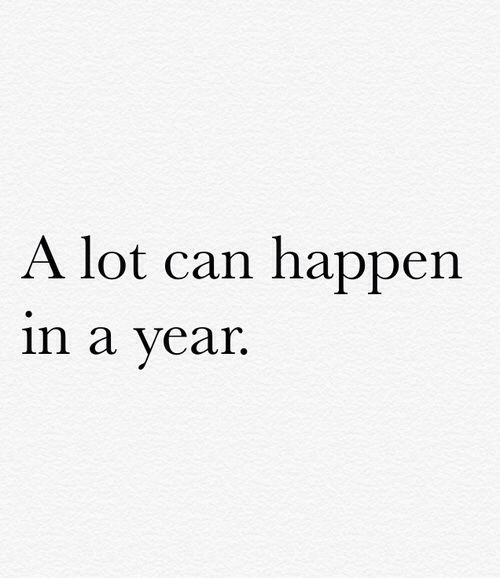 While we are almost done with January there is still so much time left in the year. Even now I have no idea how the year will end, which of my changes will become habits that last. What will I be doing? Who will I be with? Hell, who will I be as a person? Change is always happening and we only get to control so much of it but what do elect to change can have huge impacts on our life! 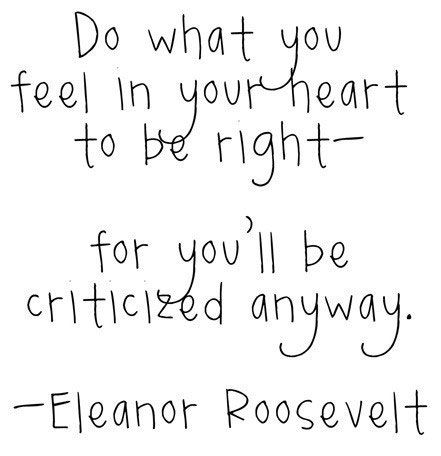 This quote may feel less directly related to accomplishing your goals but I think its A) nice reminder and B) it does relate because when it comes to who we are as people the only person whose opinion really matters is our own. So do things that make you feel good, that will make you happy. Everyone else around you, who may judge you, don’t matter compared to your opinion of yourself, so focus on strengthening that! 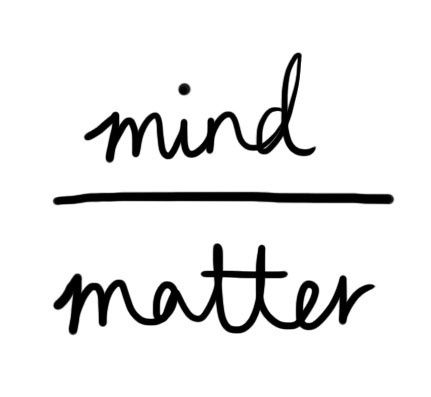 I used to not really care for this quote but then last week during a 6:30 AM (that right in the morning) Spin class kept saying it about how if we decided to work hard and push ourselves that would be enough to get it done. And it just became this moment of if I set my mind to it I can do it which is always something worth being reminded of.

I’m not sure how accurate this is but I do think the idea that change takes time is important. Instant gratification is such a default nowadays that it can be easy to get discouraged if you do not see effects right away. But it takes time and while it might not be specifically 4 weeks It is important to give yourself time before giving up or choose to focus on equally great parts of the change being made. I have been going to a lot of exercise classes this semester hoping that working out will help me sleep and while not every night I work out is the best sleep of my life, working out by itself makes me feel great! 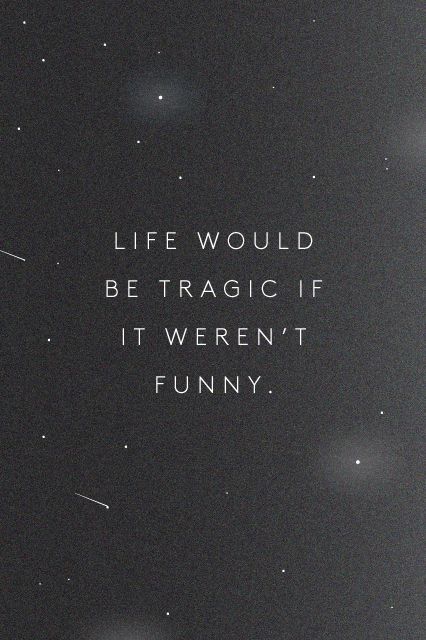 Life can be really sucky sometimes but it’s important not to take it too seriously. Even if I’ve done something totally stupid or if a series of events happens that feels like it could only happen to me I try not to let myself feel ruined by it. I like to think of these things as the ones that happen to the main character in a rom-com right before they meet the love of their life. If my life was a movie the audience may feel bad about it but they are also probably laughing. And with time hopefully, we can laugh about it too!

It was hard to narrow down to just this many with so many great words of wisdom out there! I hope these came at a good time to help you or at the very least make you smile! I would love to hear your favorite quotes and motivation trick and tips!

3 thoughts on “My Favorite Quotes for Motivation and Good Feels!”